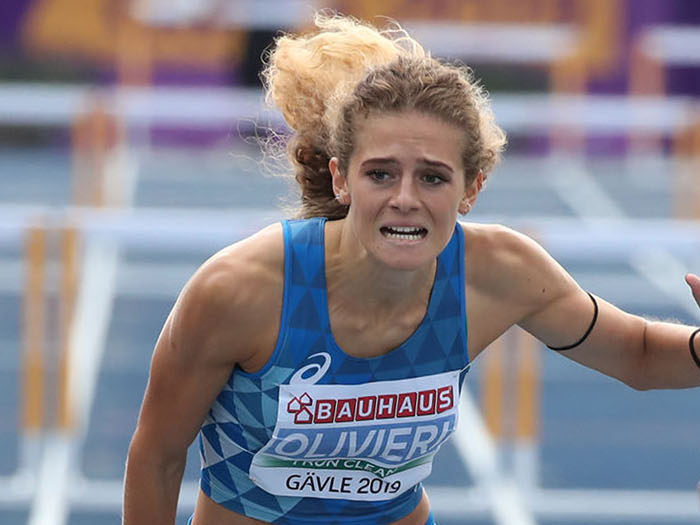 Her father is originally from Turin, so she was born in the Piedmontese capital but grew up in Novara, her mother's city. At a very young age she had already tried athletics, and then took up judo for four years. The gym environment did not seem as stimulating as the track and so, in 2010, she found herself back on the field. Linda has also always had a good way with hurdles, and after improving in the basic race she missed out on qualifying through the 400 hurdles for the 2015 U18 world final by a few hundredths. In 2017 she came close to the podium at the European U20s (second-best female Italian junior ever with 57.00). In 2019 she dropped below 56 seconds (55.97 in La-Chaux-de Fonds) before winning silver at the European U23 Championships in Gavle, where she was overtaken in a comeback at the finish. A graduate of psycho-pedagogical studies at high school, she is studying architecture at the Milan Polytechnic.