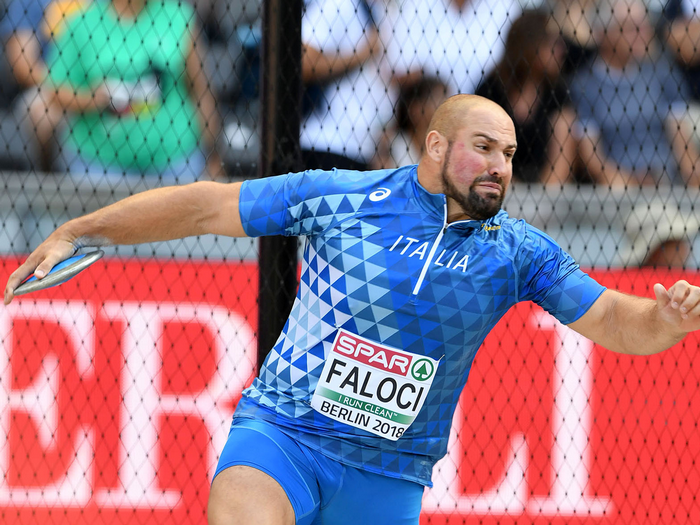 He has always lived in Trèstina, a hamlet of Città di Castello (Perugia), where his family runs a farm. He started with athletics when he was 17 and was discovered at the end of 2002 with the recommendation of a colleague of coach Lorenzo Campanelli, who had noticed him for his physical prowess. At the beginning he tried the hammer throw, a discipline in which he immediately became a junior Italian finalist in 2003, before moving on to discus. He won his first Italian title in 2005 among the under-23s, which he upheld in the following seasons. In 2013 he improved to 64.77m (fifth best measure of all-time in Italy) and took silver at the Universiade in Kazan. In 2019, with 65.30, he became the athlete with the third-longest throw ever nationally, achieving the longest measure by an Italian in the last 30 years. A nature lover, in autumn he dedicates himself to the hunting season, but fishing is also among his passions.