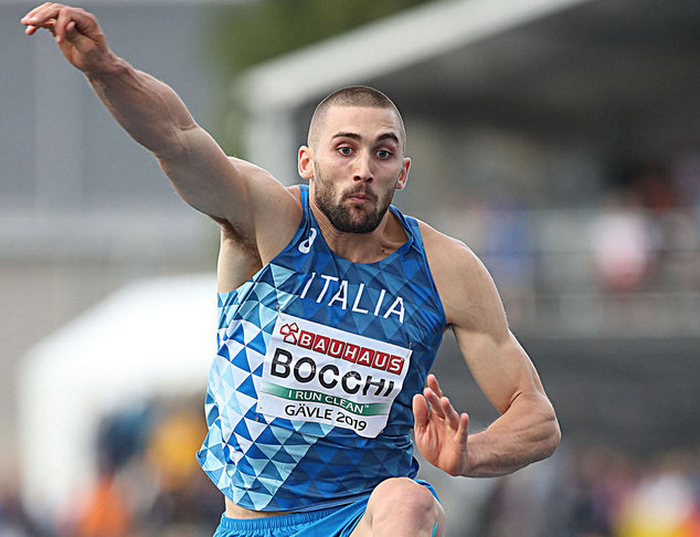 Bocchi comes from a family devoted to the oval ball: his grandfather, Silvio, a pioneer of Rugby Parma and also her father Carlo, a long-time player, thus Tobia practised this sport from the age of 7 to 14. Renato Conte, a physical education teacher in elementary school, directed him towards athletics. As a boy, he tried almost all the specialities, also distinguishing himself in throws (63.43 in the vortex). But, in 2012, he won the national cadet title in the triple. In 2013, he won at the Gymnasiadi in Brasilia then, in 2014, the silver medal at the Youth Olympics repeated at the Under 20s European Championships in 2015, up to the Italian junior record with 16.54. In August 2016, he moved to California to study at UCLA and, since January 2018, he has returned to Italy. He finished fourth in the Under 23s European Championships in 2019 and also in the indoor championships in 2021. Having graduated in computer engineering, he is doing a master’s course and enjoys applying computer knowledge to everyday life.