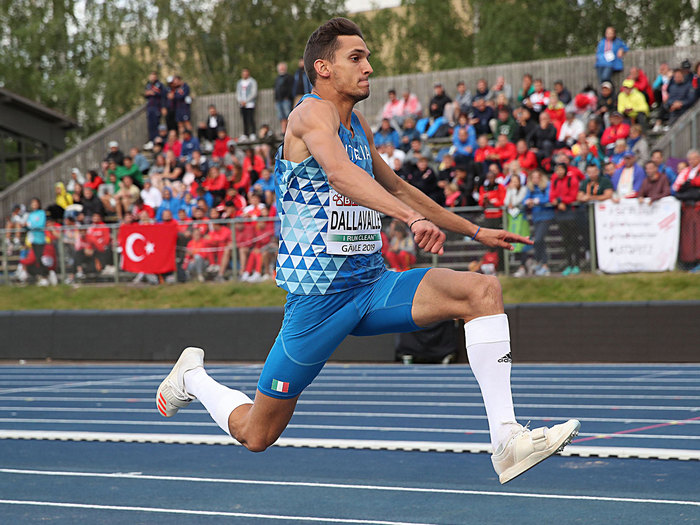 Athletics is in the Dallavalle family home. His mother, Maria Cristina Bobbi, was a valid long-distance player in the youth categories and his father Fabrizio a sprinter, whilst his elder brother Lorenzo reached the triple final at the European Junior Championships in Rieti 2013 and at the Under 20 World Championships in Eugene 2014. Andrea, who would have been competitive following the footsteps of his mother and brother, was born sporting on the athletics fields and quickly moved towards the triple. Bronze at the EYOF in Tbilisi 2015, he immediately showed off at the youth level by placing, on the bulletin board, despite the injuries, a silver at the European under 18s in 2016 and also at the under 20s in Grosseto in 2017, where he achieved the Italian junior record in 16.87. In 2019, he managed to improve with 16.95 for the bronze at the Under 23s European Championships. In Grosseto, the 21-year-old from Piacenza obtained the pass for Tokyo with 17.35 (+1.7) becoming the fourth Italian ever after Fabrizio Donato (17.60), Daniele Greco (17.47), Paolo Camossi (17.45) and obtaining the national under 23s record. Passionate about motorcycling and football, the Italian team member attends the degree course in business administration. Firstly, however, he’ll be taking a trip to Tokyo.