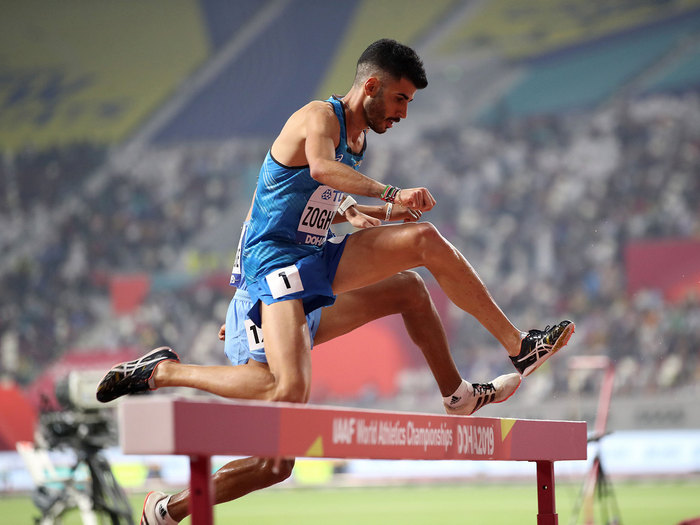 Zoghlami arrived in Italy from Tunisia at the age of two and, together with his family, settled in Valderice, in the Trapani area. His sporting path is similar to that of his twin, Ala, an Italian team athlete at the 2017 London World Championships: he got started in athletics thanks to Enrico Angelo and then moved to Cus Palermo under the guidance of Gaspare Polizzi, the technician of the great Totò Antibo, in order to devote himself to middle distance running with greater continuity. Since June 2013, together with his brother, he has managed to obtain Italian citizenship, thus taking the opportunity to represent Italy in international competitions. Two years later, he conquered the bronze medal in the 3000 steeplechase at the Under-23 European Championships and, in September 2017, he fell to 8:22.94, in a race in which he competed with his twin. In 2019, at the Golden Gala, he improved again by stopping the clock at 8:20.88, the best time of an Italian competitor in the last twenty years. Passionate about motorcycles and combat sports, he listens to all kinds of music, with a preference for rap. Tokyo is his stage.