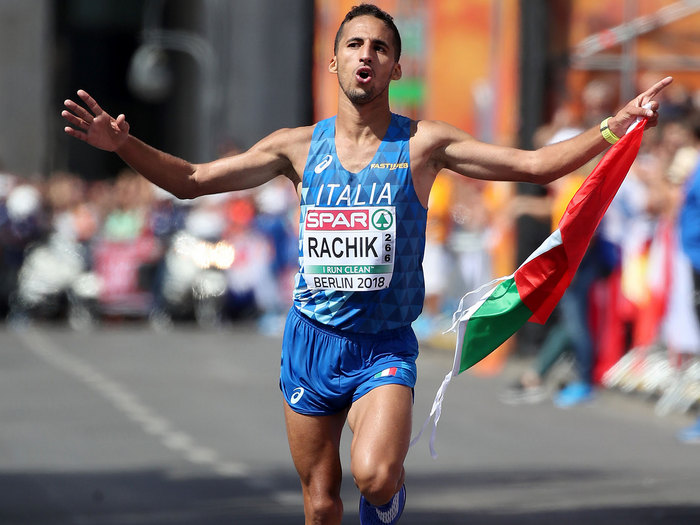 As a child, in Morocco, Rachik preferred karate to running. In Italy, since 2004, he discovered athletics thanks to his first coach Arrigo Fratus, immediately making himself noticed with a series of youth successes that led him to win absolute titles, from 1,500 metres to the half marathon. He has been an Italian citizen since June 2015. A month later, he won the bronze medal in the 10,000 metres at the Under-23 European Championships. Since 2017 he has dedicated himself mainly to road activities: he made his marathon début with 2:13:22 in Milan. The following year, at the 2018 European Championships in Berlin, he climbed to the third step of the podium by winning team gold. In 2019, he improved by over four minutes at the London marathon with 2:08:05, fifth Italian ever. In August 2020 he joined the Fiamme Oro Sports Group. He studied at the professional institute.