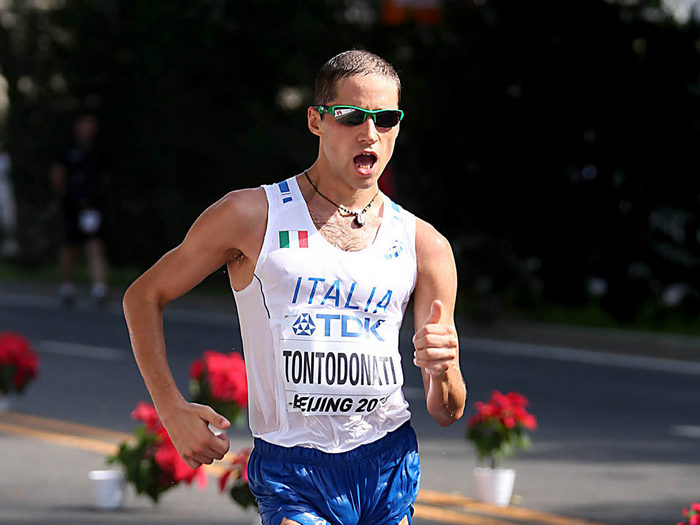 Sport, in its innumerable forms, is part of the genetic code of Tontodonati's family. He has experimented with various disciplines, especially water polo, canoeing and rowing, with his father Mauro, an appreciated technician of the latter two. In 2004, when he arrived in the athletics fields with Cus Torino, he first dedicated himself to middle distance, as he was fascinated by endurance specialities and, shortly after, to racewalking. After living in Vische, near Ivrea, he moved to Turin in 2008, where he graduated in intercultural communication, then enrolled in physical education. In his spare time he enjoys reading, especially Tolkien's works. Her sister-in-law, Kiri, is an Italian rower.