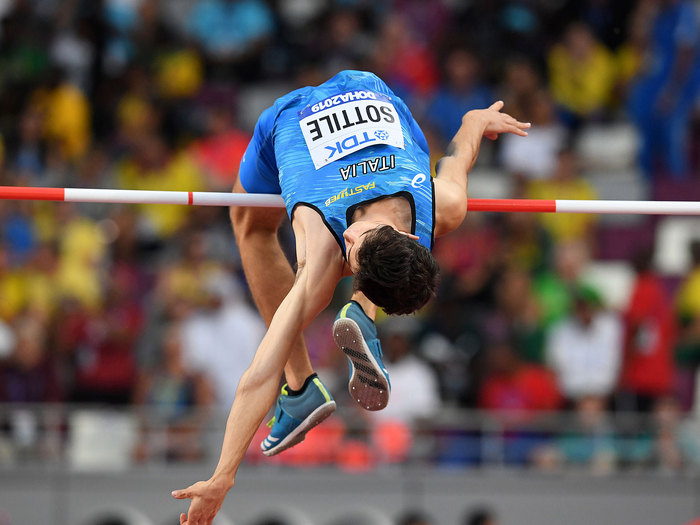 Athletics is the language of the family: his older brother, Davide, is a specialist in multiple tests. Stefano started with the javelin, rising from 2013 with his victory of the cadet title. He was the revelation of the 2014 season, immediately climbing to 2.15 (best measurement ever for a sixteen year old) from the 2.05-metre indoor measurement with which he had made his début. In 2015, he won the second gold for Italy in the history of the Student World Cup, with 2.20 in the under-18 world championship final in Colombia. This was followed by a series of injuries: two strains to his hamstring and a microfracture to the fifth metatarsal of his take-off foot. Until 2019 he had a personal record of 2.24 indoors (and 2.20 outdoors), but he reached 2.33, beating Tamberi’s best Italian under-23 performance record. He has a diploma in mechanical engineering and, in his spare time, he enjoys computer programming.