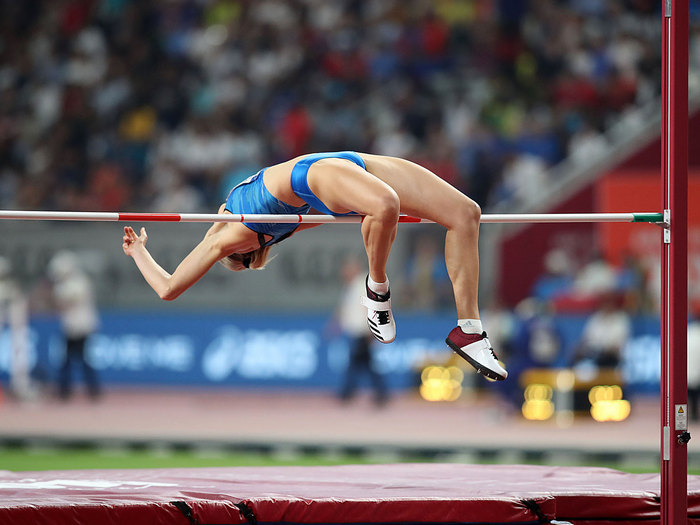 She is the second Italian ever in the high jump. She started with swimming and artistic gymnastics but switched to athletics at the age of 8, taking advantage of the proximity to the Olympic training centre in Schio. The daughter of a former volleyball player who played up to the A2 series, she dedicated herself to basketball with her sister. Elena immediately achieved remarkable results in the high jump: world champion in the under-16 season in 2006 with 1.85, in 2010 among the juniors, she also won a national title in the indoor pentathlon and matched the Italian record in her category by jumping 1.90, finishing with an under-20 world bronze medal. After a long series of injuries in 2017, she returned to 1.87, winning the national title. The exploit in 2018, from her outdoor debut at 1.94 to the London meeting where she went to 2.02, behind only Antonietta Di Martino. A graduate of the linguistic high school and a nature lover, she graduated in psychological sciences and techniques. The library is his second home: she relaxes reading books of all kinds.