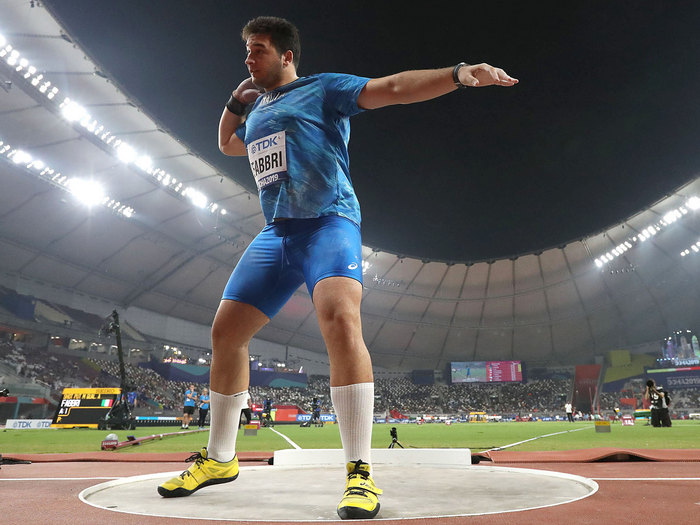 Place of birth: Bagno a Ripoli

Athletics is the family hallmark. Father Fabio was a sprinter (10.9 in the 100 metres) and took him to the track at the age of 6. He chose throwing sports after experimenting with various specialities, though he also has excellent credentials in discus throwing. His first major podium finish came in 2013, with a bronze in the weightlifting event at the EYOF, before he reached the final at the Youth Olympic Games in Nanjing. His rise has been overwhelming: he reached 20.69 in the 2019 indoor season, then in the open air, he came close to 21 metres with 20.99, the longest throw by an Italian athlete since 1997. In 2020 another quantum leap with 21.99: best Italian performance since 1987, second best outdoor national performance and second best world performance of the year. Today, he is the absolute Italian indoor record holder with 21.59, set on 11 February 2020 in Stockholm, improving Alessandro Andrei's record after almost 33 years. He studied at the hotel management school, is a season ticket holder Fiorentina fan, and in his free time, he likes to listen to Italian music.