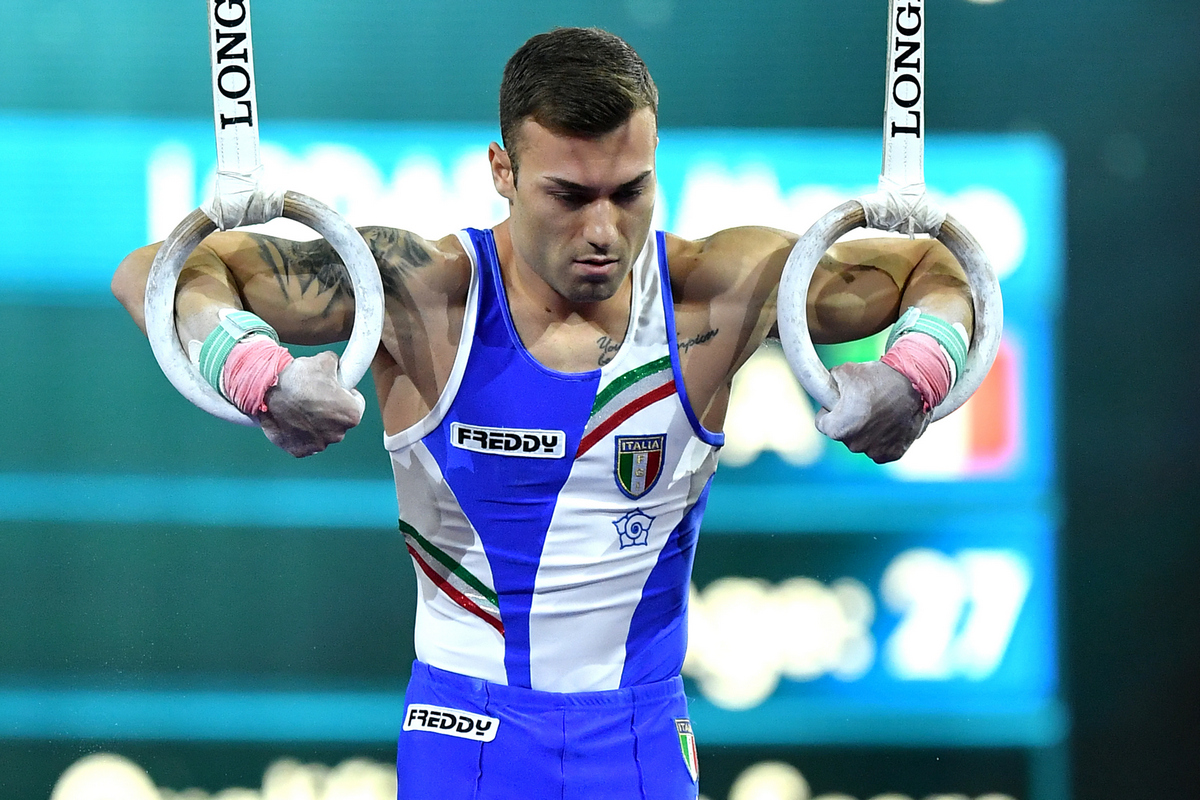 The new lord of the rings speaks Roman and doesn’t shy away from a challenge: after his latest results, achieved at the international level, Marco knows that he is one of the favourites for the top spots at the 2020 Olympic Games in Tokyo, but he isn’t feeling the pressure. Over time, he has matured not just in terms of technique, but also mentally, learning to take on the competitions with the sang-froid necessary to manage his emotions. His path with gymnastics started at 8 years old when, after having tried a handful of other sports, he went into the gym his parents managed in Frascati, his hometown, and proved straight off the bat that he had a talent for the discipline. Later, at 10 years old, he met Luigi Rocchini, who remains his trainer to this day and has been based in Civitavecchia since 2014. As a landmark gymnast in the rings event at the national level, he does not fear comparisons with those who inspired him as a child by making history in the speciality, but is determined to make a name for himself on the international scene. As such, in order to reach an even higher level, he is thinking of increasing the difficulty of his already gruelling exercise programme with a new movement that he has invented and that, once recognised by the International Code, would be named after him. In 2019, at the European Games in Minsk, he brought home the gold medal, whilst at the European Championships in Szczecin and the World Championships in Doha, he earned the silver. If Italy’s male gymnastics contingent has any hope of securing a medal in Tokyo, it lies in his hands.