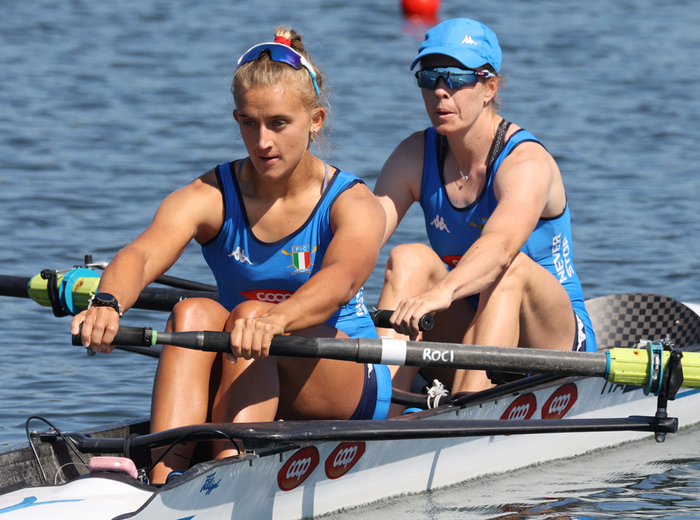 Daughter of Jana Tyrolova, a former player on the Czechoslovak national volleyball team, and Jaroslav Rocek, a former rower, she chose to pursue a career in her father’s sport, and he also became her coach. She has a twin brother, Patrick, who trains with her. In 2018, in the coxless pair with Kiri Tontodonati, she won the European bronze and came in sixth at the World Championship, a placing which allowed her to qualify the boat for the Tokyo Olympic Games.