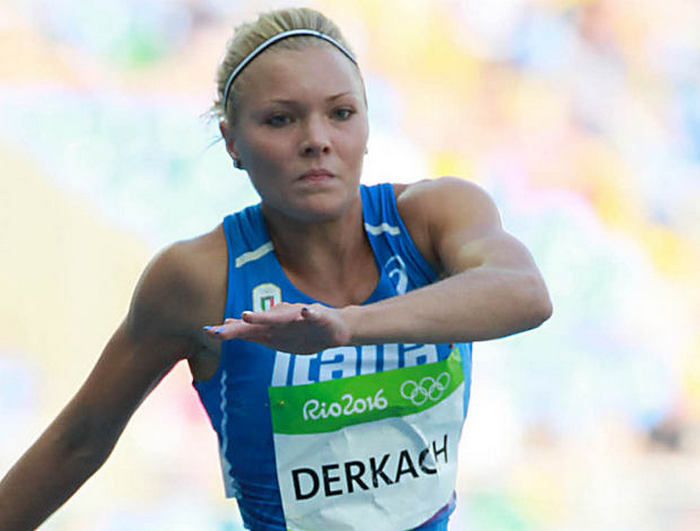 Born in Ukraine, 200 km from Kiev, Derkack arrived in Italy as a child. She obtained citizenship in May 2013 and, one month later, Gateshead’s European team was her début with the Italian blue jersey. Meanwhile, between multiple long and triple races, she had already collected 18 titles in six years in the youth categories, without participating in international category reviews. This was right up to the exploit of the under 23 tricolours in Rieti 2013, where she landed at 6.67 in the long (fifth Italian ever overall) and at 13.92 in the triple (second all time in the category behind Simona La Mantia). She trains with her father, Serhiy (a former decathlete), in Formia, where she has lived since the end of 2014, whilst since the autumn of 2020, she has also been followed by her mother, Oksana, who was a valid treble winner (14.09 in her personal best). She studied at a scientific high school. One of her hobbies is motorcycles and she is a lover of the sea.