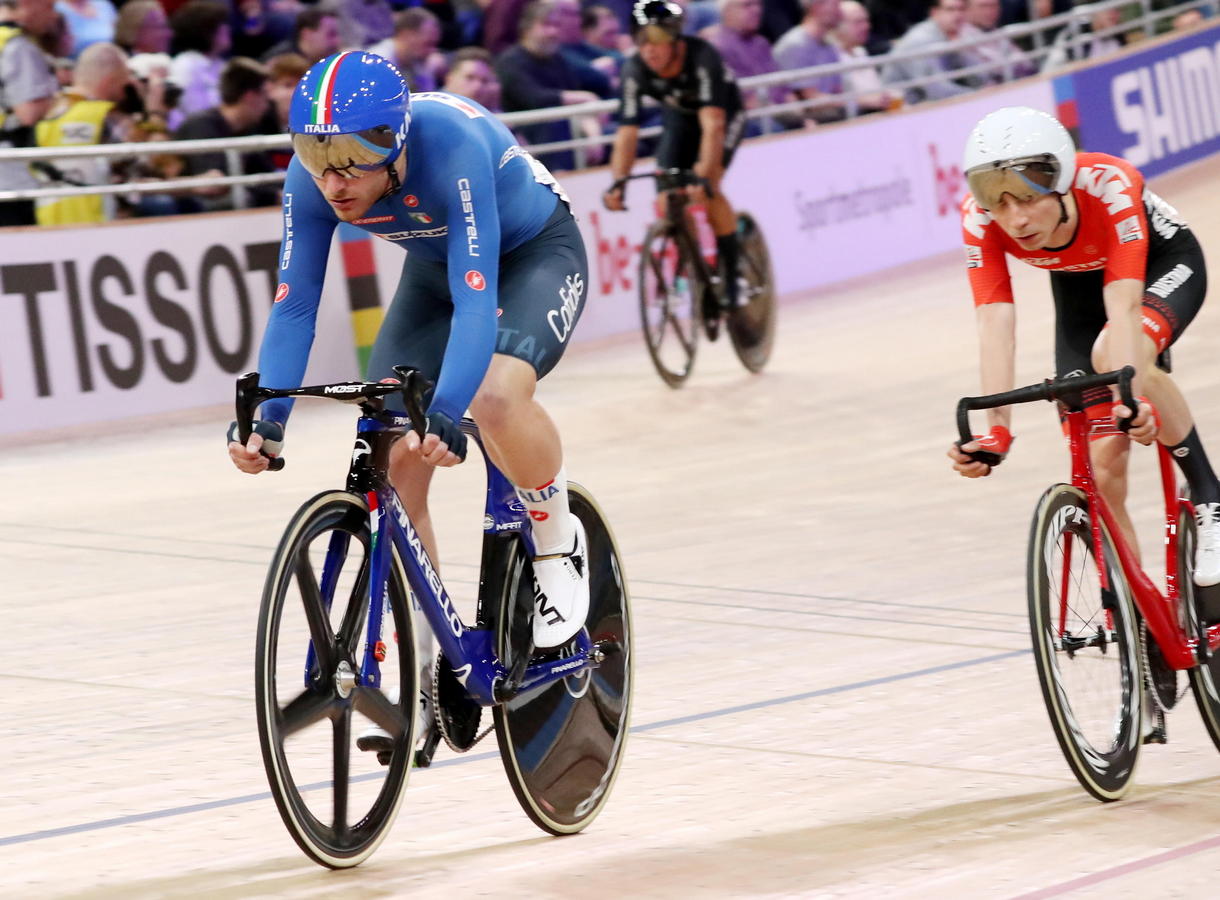 Cycling is in his DNA, a passion born when he was 6 years old. He discovered the track in an arena in Brembate, thanks to a family friend, and then
saw that initial spark grow into a flame by cultivating an immense talent. An accountant graduate, he is the son of a carpenter and a housewife, and he has a sister, Chiara, who shares his love for two wheels. Leaving Bergamo, he conquered the world through the Arab Emirates with humility and a willingness to make sacrifices. Track or road, it doesn't matter which: he always knows how to leave his mark. With an anchor tattooed on his arm, he wants to 'hook' his next goals and - after participating in Rio - chase after another Olympic dream.