The 4x100 hurtles through history: stellar gold! We are the fastest in the world 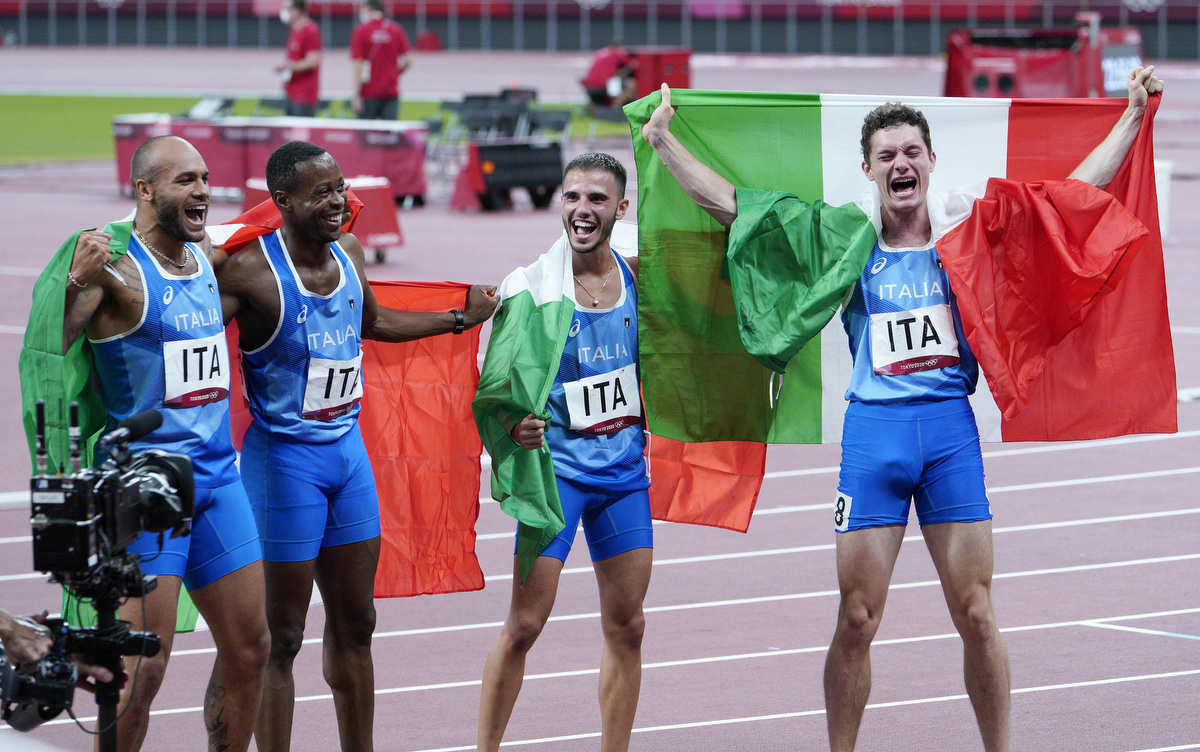 A night that surpassed even the most idyllic of dreams. It turned into a unique, special, unforgettable apotheosis. The Italian 4x100 sprinted across the track at the Olympic Stadium in Tokyo: an incredible gold in 37.50, which was also the new national record, ahead of Great Britain, silver in 37.51, and Canada, which took the third step on the podium with 37.70. A hundredth of a second, the finish line smiles on us, it is worth the feat, it means history: Lorenzo Patta, Marcell Jacobs, Eseosa Desalu and Filippo Tortu signed another indelible page.

The Azzurri legitimise the unequivocal verdict that arrived after the 100 m final: they are the fastest in the world. Tenth gold for Italy, fifth for athletics, on a day when the Italian mission celebrates the highest number of medals ever won at the Games. A 6 August that will remain, forever, a memorable date. Intertwined with the five circles, proudly wrapped in the green, white and red that represents the excellence of the movement and a country ready to rally around its champions. 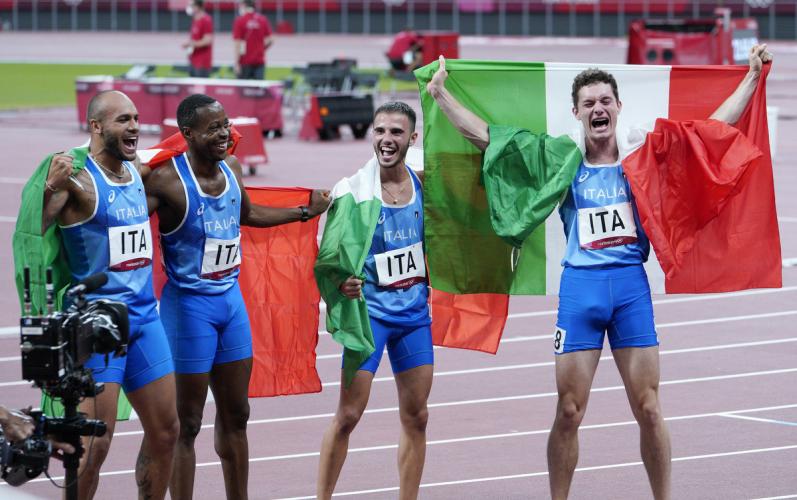