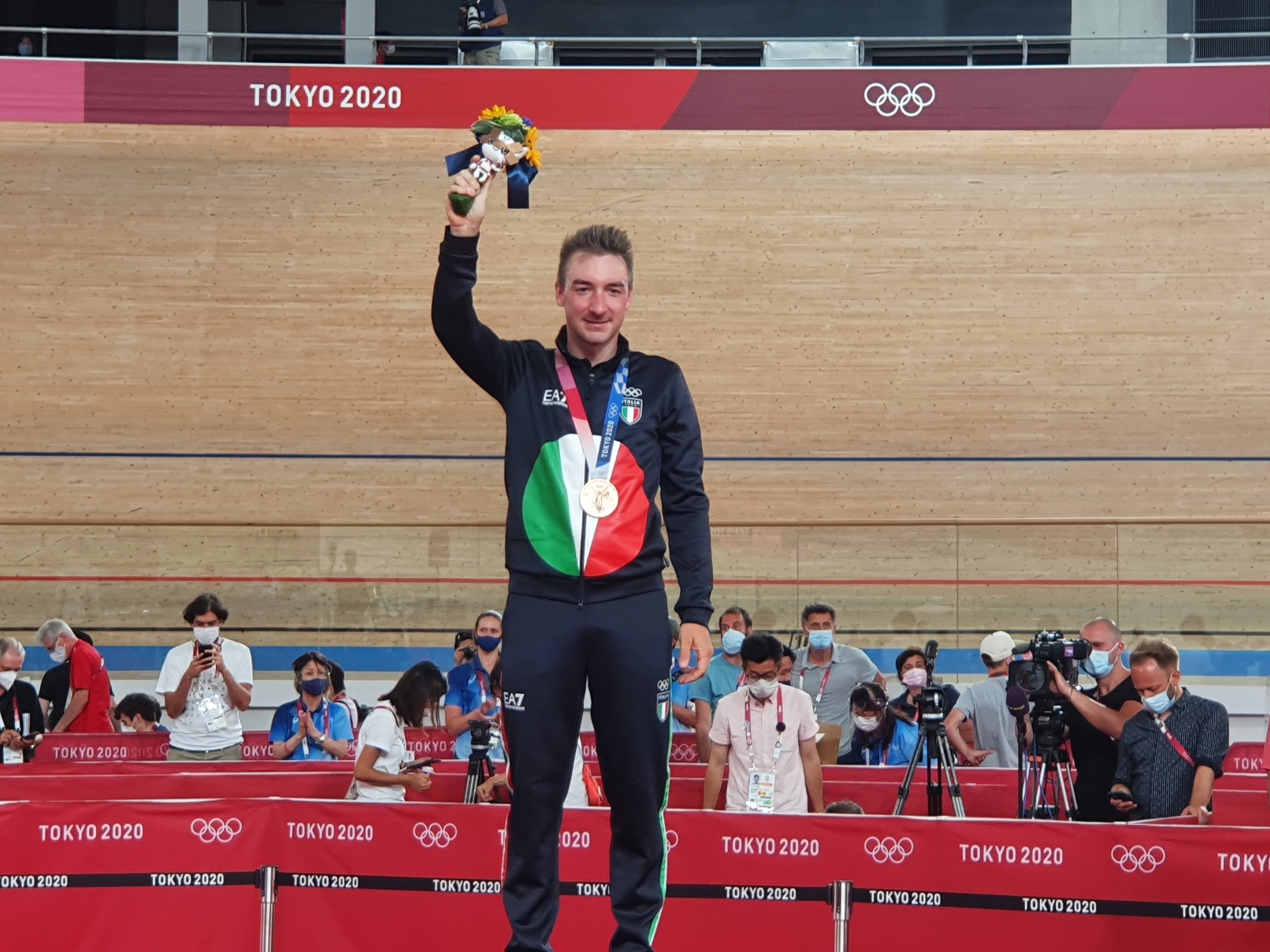 Elia Viviani took silver in the Omnium. The Italian flag bearer, gold in the speciality at Rio 2016, finished the race at the Izu Velodrome with 124 points, behind Britain's Matthew Walls, gold with 153, and New Zealand's Stewart Campbell (129).
The Italian was able to make a strong comeback in the overall standings after his 13th place in the Scratch (16), his eighth place in the Tempo Race (26), and his victory in the Elimination Race (40), which allowed him to go into the fourth and final act in sixth place overall (40). The Olympian made the difference in the 100-lap points race with admirable performance and successful management of the ten sprints to take third place.
It is Italy's 34th medal in Tokyo and track cycling's second podium finish at the Games, after the fantastic gold medal in the team pursuit and the third overall in the discipline, also medalling with Elisa Longo Borghini, bronze in the road race. 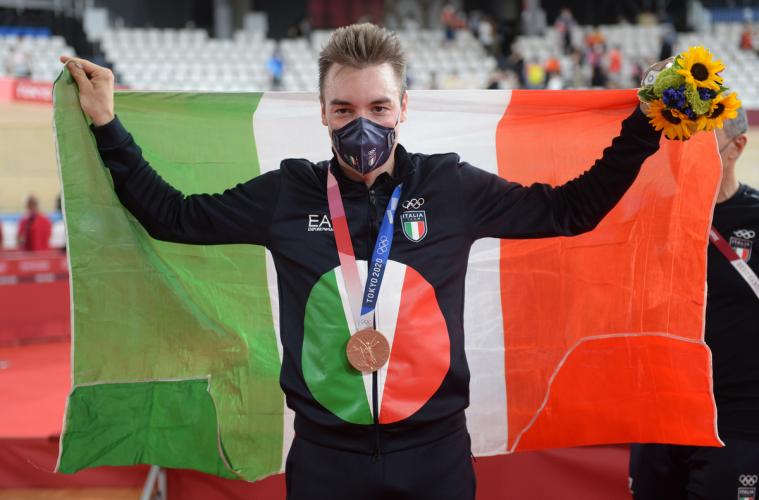 Viviani always on the podium