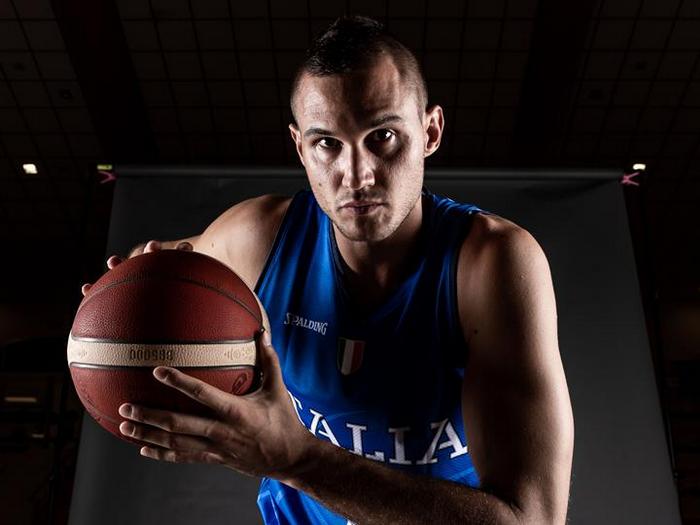 The son of Vittorio Gallinari, a player for Olimpia Milano in the 1980s, and cousin of Giacomo Devecchi , he currently plays for team Sassari in Italy's top basketball division, Serie A, and is the spearhead of the Italian national team in Tokyo. He made his debut at a very young age, when he was just 16, with Casalpusterlengo, an Italian team in what was then the Serie B d'Eccellenza. Next he moved to Olimpia Milano where, following a period on loan, he won the 2008 Rising Star Trophy as the best Under 22 player in the Euroleague and the award as best player in the Series A regular season. His NBA career began on 27 June, 2008: coach Mike D'Antoni wanted him with the New York Knicks (sixth pick in the Draft), a team with which he made his debut in the Stars and Stripes championship on 30 October, 2008 against Miami Heat. During his second NBA season, Gallinari played 81 games and was selected for the NBA Rookie Challenge and the Three-point Shootout as the NBA's leading three-point shooter. In February 2011, he was traded to the Denver Nuggets, while in September he took advantage of the NBA lockout to play a few games with Olimpia Milano although his career would continue to develop in the United States. In the summer of 2017 he moved to the Los Angeles Clippers and the following year to the Thunders. For the 2020/2021 season, he´ll be in Atlanta.  Partner of TV presenter, Eleonora Boi, and father of little Anastasia, the “Rooster” is ready to sing on the stage of Tokyo 2020.