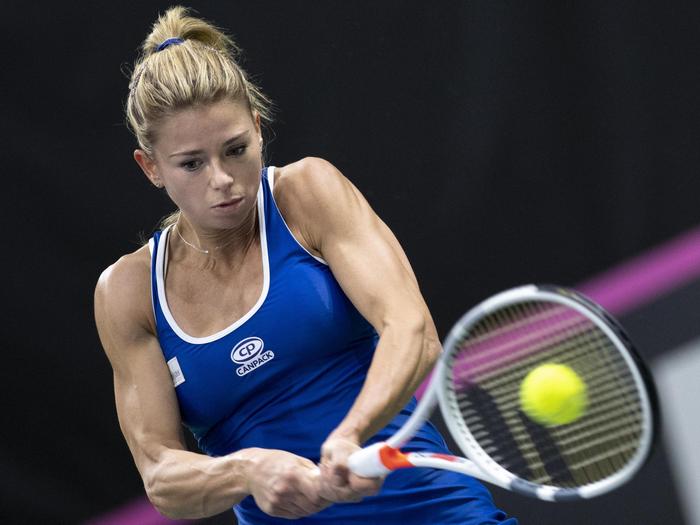 Both parents are Argentineans of Italian origin. Her father, Sergio, has always been her coach: her mother, Claudia, is a fashion designer and creates her original sports outfits. She started playing tennis at 5 but also practised artistic gymnastics for several years. In 2012, she surprised at Wimbledon by making it through the qualifying rounds and into the round of 16. On 14 June 2015, she won her first WTA title on the Dutch lawns of 's-Hertogenbosh. On London's lawns again in 2018, she made her first Slam quarter-finals, stopping only in front of Serena Williams, the fifth Italian in history. She made her Fed Cup debut in February 2014 in Cleveland against the United States, beating Madison Keys. She loves Almodovar's films and reading Anne Frank's Diary. Her favourite colour is pink, and she is passionate about football, boxing and MotoGP.