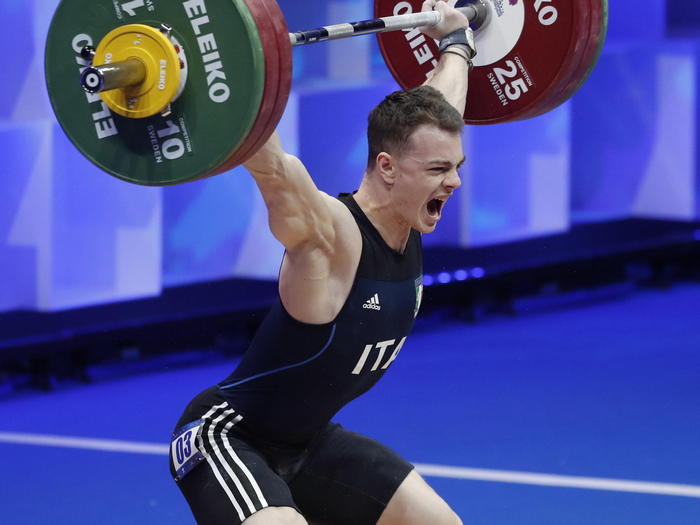 "Neither weights nor athletics". When he was born, his father Giorgio, a former powerlifting athlete, and his mother Federica De Biasio, a former Italian athlete, made an agreement not to let their son take part in one of their sports. So Mirko initially took up volleyball, but then his father took him to the gym to work out and persuaded him to take part in his first weightlifting competition, without his mother's knowledge, who only discovered the 'violation' of the pact after a month. The results came straight away and have followed on throughout his career, the latest being the world silver medal he won this year in Moscow. Tokyo is the first time he will experience the Olympics in the big leagues after winning bronze at the 2014 Youth Olympic Games in Nanjing. The Japanese adventure is the icing on the cake, the most important stage in a journey that began in Pordenone. And he, who is a lover of fishing, aims to lift a heavy 'catch'.