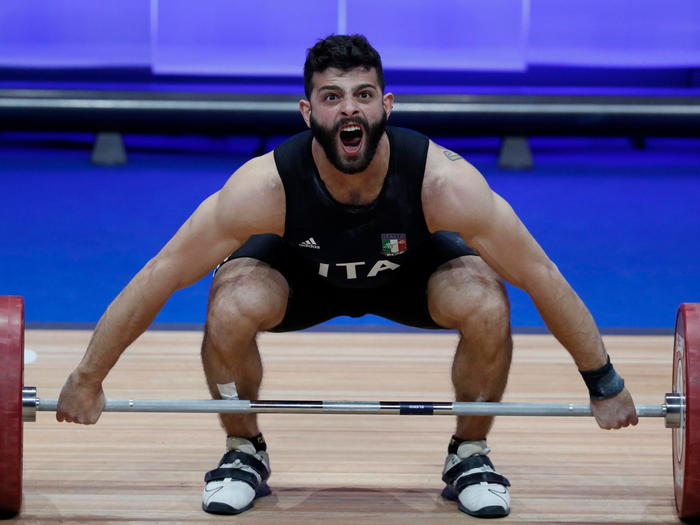 Originally from Salaparuta, a small village in the Belice region of Italy, he has been on the summit of Europe twice: the first time in 2019 and then, this year, in Moscow, with an Italian record. His trophy case also includes a world bronze medal won in the United States in 2017, 32 years after Norberto Oberburger's last world championship podium. His passion for weights began at school, thanks to a video shown during physical education and watched in preparation for the Youth Games. In Tokyo, he is committed to the Games par excellence after having missed out on qualifying for Rio 2016. He is a student of Sports Science and a lover of speed - his father is a former rally driver - and he is not hiding: he is "racing" for a medal at the Olympics.