Busà gold in kumite -75 kg! Record-breaking Italy Team, the most successful ever 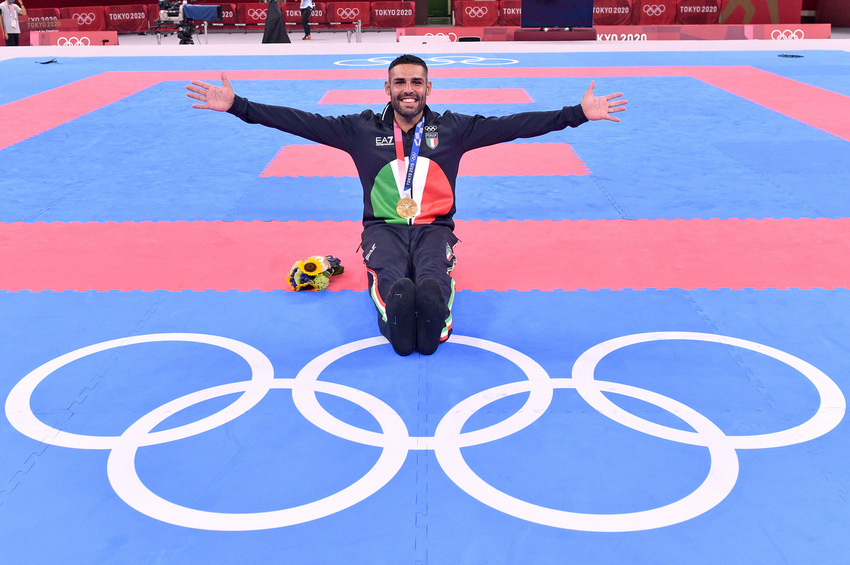 The "Gorilla" is golden! At the Nippon Budokan, the martial arts temple, Luigi Busà gives Italy its first Olympic gold in karate Kumite - 75 kg. After the bronze medal in kata won yesterday by Viviana Bottaro, the Italy Team thus conquers another historic medal also in the other speciality of karate that has entered the Olympic programme just in Tokyo 2020. The Italian team won in the final 1-0 over Azerbaijan's Rafael Aghayev.
Italy Team thus touches 37 podiums, an all-time Olympic record, surpassing the editions of Los Angeles '32 and Rome '60 in which the Azzurri won 36 medals.  At the Nippon Budokan, the Sicilian karateka from Avola writes a memorable page in five circles: the Tokyo 2020 Olympic team is the most successful ever. (photo Ferraro GMT Sport). 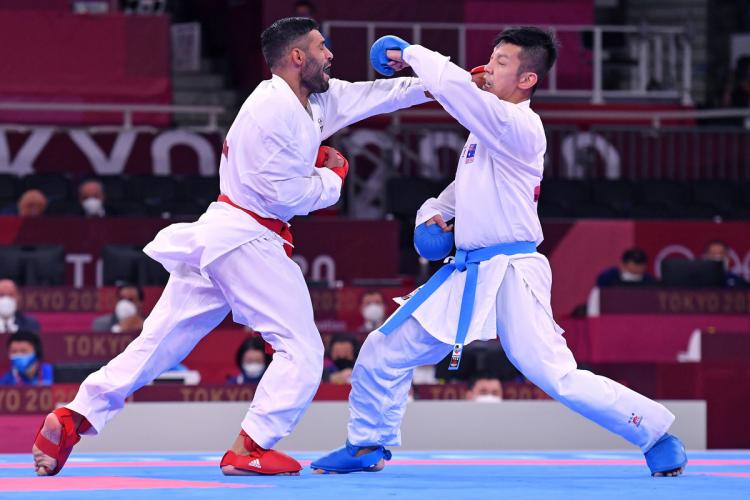